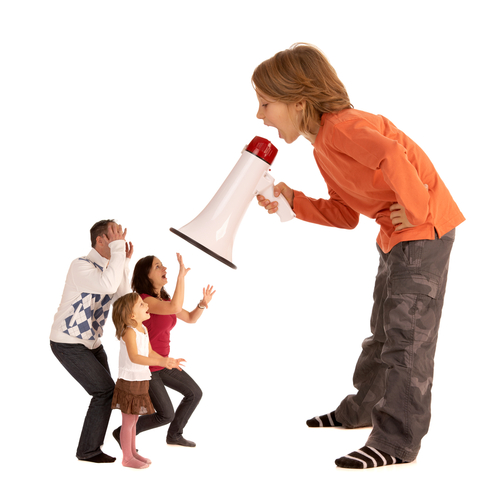 Once again, I’m going to depart from marketing for one post for another neuroparenting topic. This time, it’s about kids “talking back” to their parents and how that interaction can actually enhance cognitive development.

New research shows that simply telling kids what to do, rather than explaining why they should do it, may impair cognitive growth:

Fuller and colleagues found that parenting by declaration rather then explanation could undermine early childhood advantages within minority cultures. The work, due to be published this week in Maternal and Child Health Journal, tracked cognitive development among 8,000 children born in 2001, and found that Latino babies start life with significant benefits over other groups—including higher birth weights and lower mortality rates (two key factors in predicting brain performance). They also have mothers who eat better, and smoke and drink less than white or black peers, regardless of socioeconomic status. And they enter school with strong social skills and emotional stability. But despite being primed for success at birth, they soon lose ground when it comes to intellectual development: Latino kids fall up to six months behind their white counterparts in basic language and thinking skills by the time they are 2 or 3 years old, the study reports. [From Newsweek – The Human Condition: In Defense of Permissive Parenting: Why Talking Back May Lead to Smarter Kids by Tony Dokoupil.]

It seems that, at least up to a point, arguing with a child to justify a request is better for his brain than saying, “Because Mommy said so, that’s why!”

The Neuromarketing of Burgers