You can find fake designer and luxury products just about anywhere these days, and most people consider owning one a harmless transgression. After all, if you were never going to pay $12,000 for a real Rolex, who is really hurt if you wear a fake that cost you $30? Rolex didn’t really lose a sale, right? It turns out that the victim of the “crime” may be none other than YOU!

A fascinating research project has demonstrated that the act of wearing a fake designer item actually causes an individual to behave in a more unethical and cynical manner. The study, by Francesca Gino, Michael I. Norton, and Dan Ariely, started by giving a group of young female subjects expensive Chloé sunglasses to wear. These glasses were actually all authentic products, but half of the subjects were told that they were wearing a fake.

Will You Turn into O.J.? 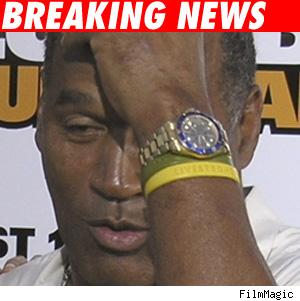 One celebrity caught wearing fake luxury was none other than O. J. Simpson. His brand trickery was exposed when a Los Angeles judge ordered O.J. to turn over his Rolex watch as part of the judgment against him won by the Goldman family. The timepiece in question turned out to be a cheap knockoff.

While some might say O.J. wearing a fake watch is just one more example of his often duplicitous behavior, this research suggests that the act of wearing that watch had the potential to encourage breaking the rules.

So, while it’s unlikely that carrying a phony Louis Vuitton purse or wearing a fake Breitling watch will send you into a homicidal rage, O.J.’s saga adds a cautionary (albeit anecdotal) underline to the academic findings.

Note that this study doesn’t say anything about those individuals (like O.J.) who choose to purchase fakes. Rather, the experiments showed the behavioral effects on average individuals of wearing what they thought was a counterfeit. You can draw your own conclusions about those who actually seek out and wear fake products.

So, it appears that wearing fake products is one step on the road to personal perdition. But what does it mean for marketers? For those selling often-counterfeited luxury brands, this research is good news. Rather than providing an ego boost, wearing fakes makes one feel like a phony. Acting on this information is another matter. What’s Gucci to do? Run ads telling people carrying a fake purse will turn them into jerks? (I DO kind of like the idea of an ad featuring O.J. with a headline like, “Wearing Fakes? You’re in Good Company!” But don’t expect to see it.)

Still, one neuromarketing takeaway is that authenticity counts. If you are marketing a product, focusing more on its own merits vs. similarities to competitors might be a good thing from a customer satisfaction standpoint. If people buy your product not on its own merits but to convey the image of another brand, the personality effects could be similar to what the researchers observed with knockoffs.

Of course, this research doesn’t say that counterfeit (or imitative) products won’t sell well, just that the purchaser may be changed for the worst. Although it is nice to think that people will begin to be aware of their subconscious feelings and abandon the fakes, there’s nothing in this study to suggest that’s true. Indeed, it’s possible that fake-wearers feel quite satisfied with their phony purchases despite the observed behavior changes.

Read the whole paper (originally published in Psychological Science): The Counterfeit Self: The Deceptive Costs of Faking It.