The Simple Sales Booster That Almost Nobody Uses 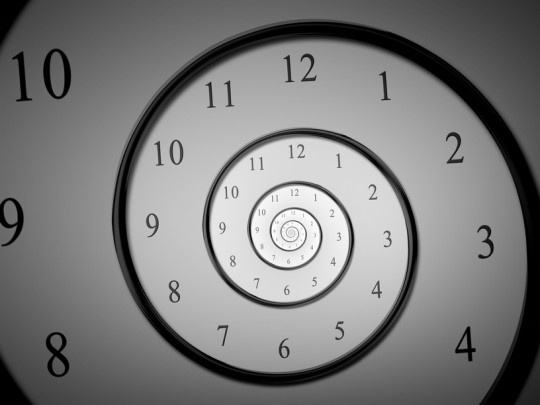 Could one tiny line of text on a product page increase your sales? A recent A/B test published by WhichTestWon says yes.

WhichTestWon encourages readers to guess which version of a page or ad performed better before they reveal the answer, and often the readers (mostly conversion optimizers) are quite evenly split. This time, 90% guessed that adding a small line of text to an ecommerce product page would increase sales. And, they were right.

So, despite the fact that almost all of these web marketers knew that the small change would help, very few websites actually use this approach.

So what was the powerful line of text?

The change that increased revenue by 9% was the addition of a small countdown timer showing how much time was left for next-day delivery. The only difference between the two pages was the inconspicuous line of text. Nine percent sounds like a modest increase, but if an ecommerce firm realizes that revenue gain across its entire site, the impact on profit can be substantial.

Another test previously described by WhichTestWon showed that adding a timer more than tripled form completion. In that case, the comparison was a more vague “Offer ends soon” message.

Imagine getting three times as many leads or subscriptions with a small site change!

A timer creates a sense of urgency in visitors. Urgency relates to some well-established principles of persuasion psychology: scarcity and fear of missing out (FoMO). Scarcity is one of Cialdini’s six principles and is used by many, if not most, ecommerce sites in one way or another. (See The Scarcity Effect, Selling with Scarcity, Scarcity in Action, etc.) When an item is thought to be in short supply, it is more desirable than the same item in abundance.

FoMO can refer to either missing out on social interactions or, more broadly, any desirable opportunity. It’s behind behaviors like compulsively checking Facebook, and is exploited by marketers in many ways. Every day, I get at least one or two emails with subject lines that include words like “Don’t miss out!” An excellent guide to FoMO is JWT’s 42-page ebook.

Timers can be particularly powerful triggers for urgency. First, they are specific. Compared to vague statements like “limited time offer,” the timer seems more credible and also specifies a firm timeframe for taking action.

Second, unlike most of the content on the website, the timer isn’t static. Our brains are constantly scanning the environment for danger and opportunity, and quickly dismiss whatever hasn’t changed lately as unimportant. Something that is moving, or that is different from we last saw it, is far more likely to get our attention.
One quick and easy way to add urgency, scarcity, and FoMO to your website. #CRO Click To Tweet

Learn from Jack Bauer and Friends

The countdown timer has become a cliché in action movies and television shows.

No show has exploited this more than the addictive television series 24. The entire premise of the show is time-based, as in the original series each episode represented an hour of time in one intense 24-hour day. Timers seem to make an appearance every few episodes as Jack Bauer races to prevent something really bad from happening, like the detonation of a nuclear weapon or the release of a deadly virus. Not only that, a digital timer (with ominous thumping added) is part of every commercial transition. The show’s logo uses digital timer digits, another subtle reminder that Jack is always running out of time.

So if the countdown timer is such a cliché, why do directors still use it? The answer is simple: the timers work. The flashing digits create a sense of urgency both for the characters in the show and for the audience. Would 24 or any other show be as suspenseful if the the hero had lines like, “The bomb could go off really soon!” or similar vague pronouncements?

We can expect to see timers as long as directors need to build suspense and excitement.
What Jack Bauer can teach you about increasing your website sales and leads. #CRO Click To Tweet

If there’s good science behind the countdown timer concept, and virtually all conversion optimization experts think they will improve conversion, why do so few sites have them?

I’m sure some business decision-makers dismiss timers as annoying gimmicks that will turn off potential customers. This could be true in some cases, but, as with any other web design choice, I’d recommend actually running a test like the above WTW example to see what the actual impact is.

Others may not feel they have any goal to count down to. Their prices rarely change, and their shipping practices are too loosely timed to offer a meaningful cutoff. If the latter is the case, it’s indicative of a bigger problem than lack of timers. In today’s hyper-competitive market, being able to tell customers when a product will be delivered, or at least when it will be shipped, is essential.

In some cases, a very small price reduction with an expiration time can more than pay for itself by getting more customers to act immediately rather than postponing the decision and never returning.

Many highly optimized websites do indeed use timers to drive demand. Amazon, the most sophisticated ecommerce firm on the planet, builds a timer into their one-click order box.

That small box is probably one of the most valuable pieces of real estate on the web. Amazon has compressed everything you need to know when ordering into the space – the price, when you’ll get it, which address of yours it will go to, a gift wrap option, and more. The “time remaining” indicator adds an urgency trigger to increase the probability that the customer will click the buy button.

Daily deal businesses have morphed into more diverse retailers, but their roots are in appeals to urgency. The entire concept of “buy this deal to save lots of money, but the quantity is limited you can only get it today” is a great way to focus on urgency, scarcity, and FoMO.

Groupon deals almost always have specific expiration times, and, of course, they tell you exactly how much time is left. Another deal business, LivingSocial, uses a similar strategy to Groupon but sometimes overlays another layer of urgency by offering an extra discount for a very short time period. The timer below gave me only 10 minutes to save an extra few dollars on an already discounted deal.

By doing this, LivingSocial is actually using a double timer – the regular deal expiration, plus the short-fuse extra discount.

All of these companies are smart, sophisticated marketers who do extensive testing and optimization. If timers didn’t improve their conversion rates, they wouldn’t be there.

How Much Time Do You Have Left?

Have you incorporated a timer strategy in your website? Almost any kind of business can use this urgency approach. You can have timed sales prices, or you can give people a deadline for a particular shipping or delivery time. A timer can start ticking as soon as a visitor arrives, or it can be on a fixed date/time schedule.

One clever timer I’ve seen is from AppSumo. After a customer places an order, he may see an exit upsell offer to buy discounted credits. The offer is good for just a few minutes, so it’s use it or lose it.

There are even pre-coded timer products you can plug into your website. ScarcityBuilder offers a WordPress plugin, while Countdown Monkey offers a script that loads a web-based timer into any kind of page. (I haven’t used either product, and those aren’t affiliate links.)

So, don’t miss out – start counting now!
One small line of text that increases customer urgency - and your sales! #CRO Click To Tweet